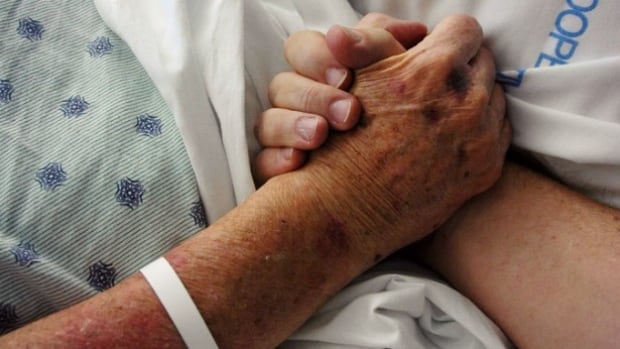 Time is running out to introduce a bill on prior consent to medical assistance in dying, according to the Quebec opposition

Opposition parties in Quebec are calling on the provincial Minister of Health to introduce a bill in the coming days that would allow people with degenerative cognitive disorders such as Alzheimer’s disease to give their prior consent to medical assistance at die (MAD).

As the law currently stands, with few exceptions, a person must be capable of giving informed consent at the time of receiving MAID. Last December, a cross-party National Assembly commission recommended that anyone diagnosed with an incurable and debilitating disease be allowed to make an advance request for medical assistance in dying.

“Time flies and we are running out of time,” Marissal said. “We need a bill from the government.”

According to the rules of the National Assembly, this bill must be tabled before May 15 to be adopted during the current parliamentary session, unless it is adopted unanimously.

“As soon as we received the commission’s report, I asked the team to prepare the bill,” he said. “The bill is already circulating internally, according to our usual procedures.”

In a statement to CBC News after the opposition press conference, a spokesperson for the health minister said Dubé was proud the National Assembly had reached consensus on the issue.

“All political parties have agreed, together, that medical assistance in dying must be authorized in the case of a serious and incurable disease resulting in incapacitation,” the spokesperson said.

Sandra Demontigny of Lévis, Quebec, who suffers from early-stage Alzheimer’s disease, attended the press conference to express her support for the bill.

“If I knew today that I could [give] prior consent… I would sleep better at night,” she said.

Demontigny, 42, learned she could inherit familial early-onset Alzheimer’s disease just days before her father died of the disease aged 53. In 2018, she was diagnosed with the genetic condition.

For Demontigny, living his days with Alzheimer’s disease is “out of the question”.

“Every lost day is lost and will not come back,” she said.

“It’s much sweeter to opt for physician-assisted dying than to go it on my own.”

Dr. Georges L’Espérance, president of the Quebec Association for the Right to Die with Dignity (AQDMD) and MAID practitioner, said at a press conference that one in two people will develop Alzheimer’s disease or another neurodegenerative disease by age 98. .

“A project like this would be [help] patients take all the time they have with their loved one and then go through with their illness and don’t have this anxiety that they will end up like all those people who are in hospices and who die in very bad conditions,” he said.

The recommendation to legislate prior consent for MAID is one of 11 recommendations made by the multi-stakeholder committee last December.

“Quebecers are ready for this,” Birnbaum said. “They are ready to ensure that their future is taken care of in a humane, transparent and accountable way – and without delay.”