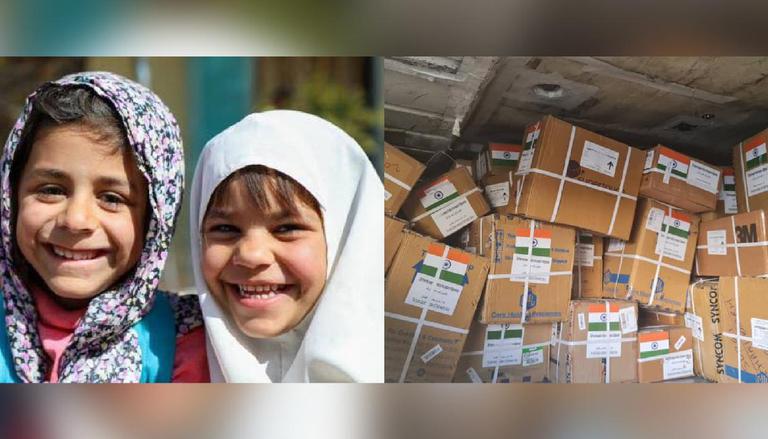 With the caption “Long live Indo-Afghan friendship”, Afghan Ambassador to India Farid Mamundzay thanked India for sending 1.6 metric tons of life-saving drugs to the Taliban-ruled country. The deputy spokesman for the Islamic Emirate of Afghanistan (IEA) also tweeted on Saturday describing India-Afghan relations as “very vital”. Earlier yesterday, the Ministry of External Affairs said that in view of the difficult humanitarian situation in Afghanistan, the Indian government sent a consignment of medical supplies on a return flight which brought evacuated Indians back to Afghanistan.

The flight in which the medical assistance was sent was the same on which 10 Indians and 94 Afghans, including members of the Afghan Hindu-Sikh minority community, had returned to India.

‘Emotional feelings and scenes. Thank you India!” the ambassador tweeted:

It was great to see the first direct flight between Kabul and New Delhi by @KamairRQ. (10-11 December). More than 200 passengers traveled back and forth with 1.6 metric tons of medical aid sent to an Afghan children’s hospital in Kabul. Emotional feelings and scenes. Thanks India! pic.twitter.com/6iTHISrbbC

Afghanistan’s Ambassador to India also tweeted saying aid had been provided by India during “this difficult time”. In a series of tweets, Mamundzay thanked India for the “gift”. “There is no praise for the kindness he shows to those who do his favors. A Mahatma is one who does good to those who do him harm,” the Ambassador wrote in Hindi.

Afghan Ambassador thanks India for continuous training of Afghan refugees

Earlier in December, the ambassador had thanked India’s External Affairs Ministry (MEA) for providing “much-needed help to the only Afghan school” in Delhi. According to the ambassador, 400 students from the Afghan Syed Jamaluddin school in Bhogal in Delhi are receiving “a gift beyond all measures from the government and people of India”. Apparently, the school was facing uncertainty with a lack of funds for Afghan refugees.

This happened at a time when girls in Afghanistan are being deprived of education. After much struggle and discussion last month in the region’s Ghor province, girls’ schools were allowed to reopen thanks to tremendous efforts by the Ferozkoh council. Female students in grades 7 to 12 have been allowed to attend their schools in the Western Province capital, Ferozkoh, after months of refusal. The head of the council, Sultan Ahmad, reportedly said: “We have reached an agreement for girls’ high schools in the capital and all districts of Ghor to be reopened.”