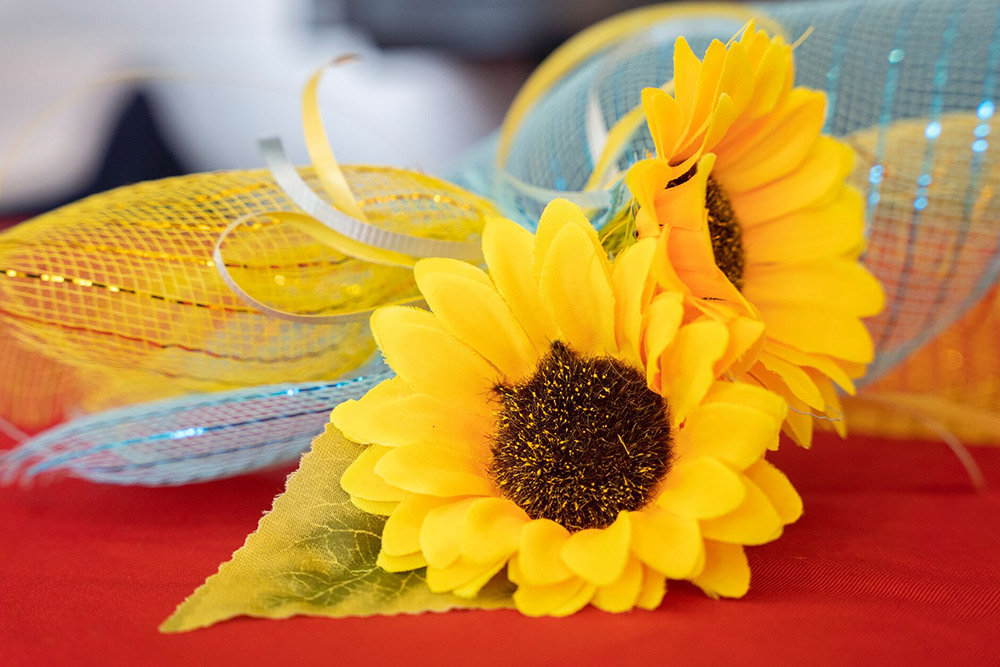 Halyna Krylyuk, a freshman at Stony Brook University’s Renaissance School of Medicine, said it “has been difficult to focus on anything other than the brutal reality of war” in her native Ukraine, but she is determined to help in any way she can.

To this end, Krylyuk launched a GoFundMe campaign to raise $5,000 to help purchase much-needed tactical medical supplies for those on the ground in Ukraine. The money raised will be donated to Razom, an organization that helps Ukraine since the first Russian invasion in 2014.

Krylyuk was born in Ivano-Frankivsk, Ukraine, and moved to the United States with her parents when she was five years old. The Brooklyn, New York, resident said she regularly spent her childhood summers in Ukraine and her entire family — in addition to her parents and brother — still live there, out west. Krylyuk said his family did not need to evacuate, but the sirens sounded constantly, often sending them to bomb shelters.

Ukrainians are facing food shortages and Krylyuk said his grandparents continue to work their land with other farmers who have started planting this year’s crop to maintain food supplies by any means possible. “My family cooks food, sews underwear and weaves camouflage netting for the troops,” Krylyuk said. “Even if the war were to end tomorrow, Ukraine will face difficulties for a long time due to the scale of humanitarian crimes and attacks on infrastructure. Help will be needed for a long time.

Krylyuk attended Macaulay Honors College at CUNY Hunter College before coming to Stony Brook, and said she wanted to “build a career that allows me to give back” — to her parents for their support, to medicine by working in the research or academia, and in Ukraine.

“I always dreamed of being able to help my home country, but being someone of influence both in America and abroad seemed like a bigger than life goal,” she said. “Now I see so many grassroots movements making a difference in Ukraine, and it makes my vision for my future much clearer. I realize that you don’t have to be a millionaire to make a difference, it just need to be a passionate and dynamic person.

As of April 11, the campaign has raised more than $2,400 of its $5,000 goal, and Krylyuk said she’s grateful for the support, which has helped her stay positive. “It’s very heartwarming to see my classmates’ names appear in the fundraiser, it means a lot to me that they care about my home country,” she said, adding that the efforts from other Stony Brook students like Thomas Brinkley were also amazing to see in action. “I can only hope that the response from global politicians becomes as fiercely supportive of Ukraine as the global people’s response has been.”