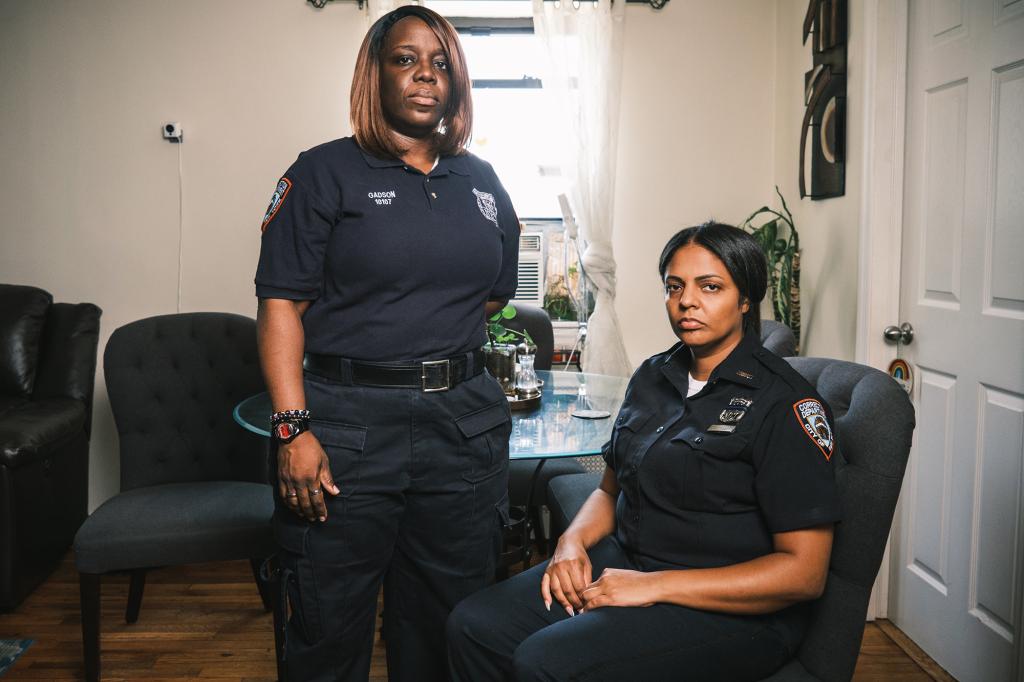 Rikers Island corrections officer Gianna Abreu, 37, said she was denied medical help for hours at the notorious jail – until a fellow officer she called ” an angel sent by God” intervenes.

“It was my first day back after being on COVID,” Abreu told the Post. “I got very sick of it.”

She said she had not been feeling well since starting her 4 p.m. shift on July 12 and at around 9.30 p.m. a nurse took her blood pressure.

She and the nurse were shocked to see a reading of 163/100. The nurse told Abreu that she needed to see a doctor and Abreu called his captain and asked to be relieved of his inmate guard post.

“I said to the captain, ‘Please send help,'” Abreu recalled. “The captain said, ‘I don’t have anyone.’ I could have passed out right there.

“At this point, I couldn’t even get up,” she said.

She continued to call for help and also repeatedly told her bosses to call EMS. Finally, they told her to go home.

That’s when she came out to wait for the bus and met her teammate Tara Gadson.

Abreu was on the phone telling his wife she was sick and crying when Gadson noticed her and approached her.

“I asked her what was going on and she handed me the phone,” Gadson said. “It was his wife and she said, ‘Can you please call EMS? ”

Gadson said she saw her fellow officer crying inside the jail earlier, but didn’t realize what was wrong.

She called EMS, but Gadson said the operator told her to call back if Abreu’s health worsened.

“I said she really needed help,” Gadson recalled. “She is sweating. She’s hot.”

It was then that Abreu fainted.

“As soon as I sat down she passed out and fell into my arms,” ​​Gadson said. “When that happened, I called EMS again. Another officer comes out and says, ‘What happened? I’m like, ‘She passed out.’ ”

“I couldn’t understand why they didn’t call EMS if his blood pressure was so high,” Gadson recalled.

Benny Boscio, president of the Correction Officers’ Benevolent Association, said his employees were denied immediate medical attention “far too often” at the city jail, which is notorious for violence and inmate deaths. He said the city’s correctional department requires officers to work double and triple shifts.

“Agent Abreu should never have been put in a life-threatening situation like this, which could have been so much worse, had it not been for the diligence of Corrections Officer Gadson, who came to his aid,” a- he declared. “This incident should serve as a strong wake-up call to some of our agency supervisors to stop treating our overworked officers like cattle.”

When Abreu woke up, she was in Mount Sinai Hospital in Queens and Gadson was by her side, she said.

“She was the one who called 911 for me,” Abreu said. “When I woke up in the hospital she was still there. It was 2 a.m. and she was still waiting. They didn’t consider me a John Doe because she knew my name.

She said that since the incident, the prison administration tried to force her to return to work even though she could not get an appointment with the cardiologist prescribed by the doctors.

Abreu, mother of a 10-year-old girl, said Gadson saved her.

“I truly believe she was an angel sent by God,” she said. “If she wasn’t here, I would have lost my life.”

City Corrections did not immediately respond to a request for comment.