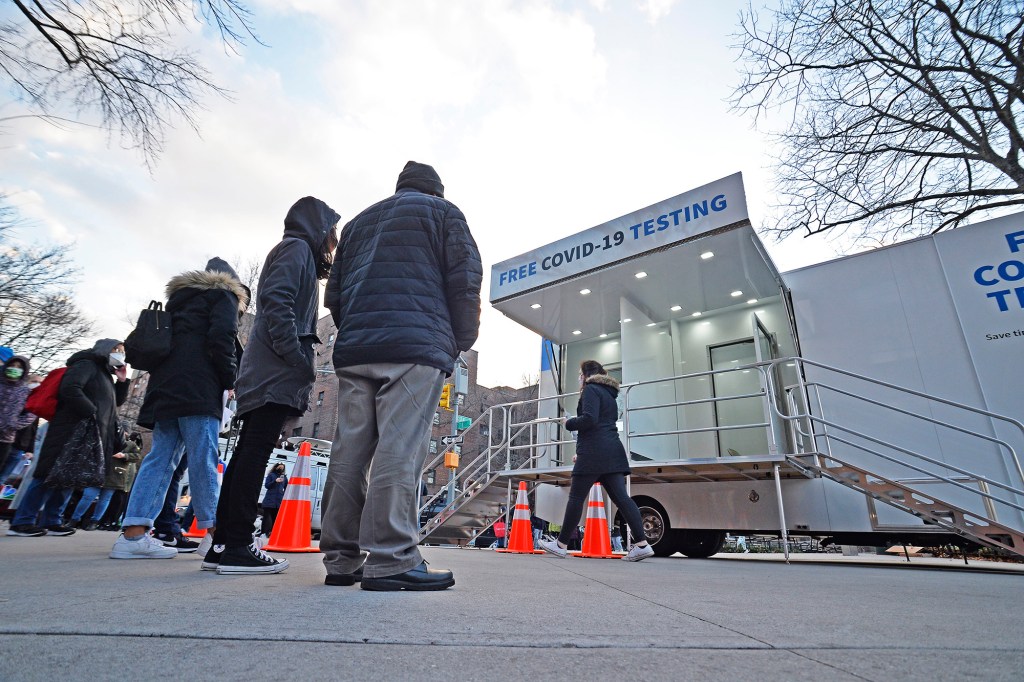 Call New York’s prioritization of COVID testing and treatment by ethnicity exactly what it is: racist.

Mayor de Blasio’s racial obsession has already hurt our schools and our police department, so why not go the extra mile and sacrifice our lives? Rather than distributing the city’s COVID testing resources based on population, its administration prioritized neighborhoods that have “borne the brunt of this pandemic due to structural racism,” a health ministry representative told The Post.

Meanwhile, the distribution of COVID drugs such as monoclonal antibodies “will take race and ethnicity into account when assessing individual risk.”

But what is this risk? Not race, but class, says an epidemiologist and Harvard professor. “I have not seen [race] as one of the risk factors for serious illness and death, ”Martin Kulldorff told The Post. “The reason so many African Americans died in New York City – which is true – is that the wealthy and better-off worked from home while the working class was exposed. “

Yet the town hall, as it has done several times over the past eight years, has instead decided to fuel the racial divide.

We don’t need to make those decisions at all. New York City is inundated with federal aid. Congress has allocated the Department of Health and Human Services $ 480 billion for hospitals and health care, of which only a fraction has been spent.

De Blasio just wanted to take an interest in progressives and show off his “Racial Inclusion and Equity Task Force”. If a person dies in this town because they haven’t received the treatment they need or haven’t been properly tested, that blood is on their hands.

Mayor Adams now has the chance to stop this nonsense. Get home and downtown tests in any neighborhood that wants it. Dissolve De Blasio’s working group. And let’s have a municipal government to help all New Yorkers.