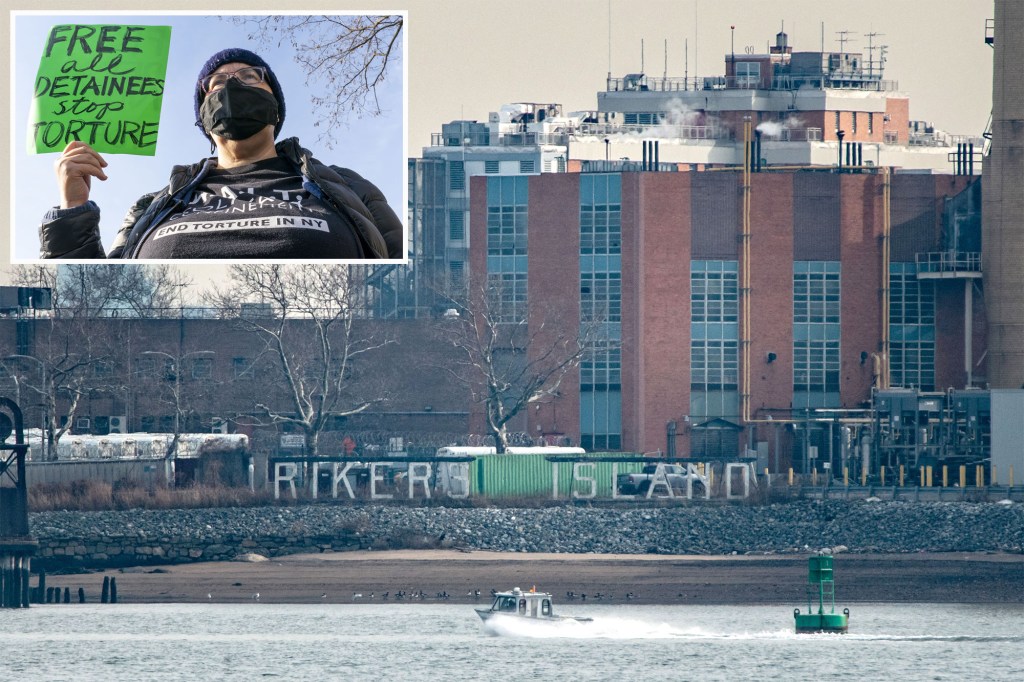 The New York City Department of Corrections has admitted it failed to provide inmates with timely medical care in violation of a recent court order, prompting the Legal Aid Society to ask a judge to hold the besieged agency in contempt, we learned on Tuesday.

In a Jan. 26 affidavit filed in Bronx County Supreme Court, the DOC submitted internal records that show inmates were missed for medical appointments 7,070 times in December, even after a judge issued an emergency order requiring them to improve access to health services.

In 1,061 of those cases, the DOC said inmates were not brought to their appointments because there was no one available to escort them, according to court records.

Data shows missed appointments in December were higher than in October and November 2021 – before the judge’s Dec. 6 order requiring the DOC to provide detainees with access to medical appointments and sufficient security to ensure they can be transported to and from tours. .

“In my opinion, I believe that this rate of production does not constitute substantial compliance with relevant guidelines for providing timely access to clinics,” Ada Pressley, chief of DOC’s facilities operations office, wrote in the affidavit of the January 26.

The agency claimed that 5,268 of the missed appointments in December were due to inmates refusing a doctor’s visit, but the Legal Aid Society disputed the number, saying that “a review of medical records, statements from incarcerated people and even a review of the DOC’s own data shows the doubt. of this claim.

“In many cases, it’s likely that a person was never even notified of their appointment,” the nonprofit organization said in a press release.

“This may be the case in the 3,900 reported refusals where the DOC admits that it cannot provide any explanation to the person refusing.”

The court filings are part of a lawsuit filed by The Legal Aid Society, Brooklyn Defender Services and Milbank LLP accusing the DOC of failing to provide inmates with adequate medical care amid an ongoing crisis at the prison.

The case has now been escalated into a class action and on Tuesday the plaintiffs filed a motion asking a judge to hold the DOC in contempt for violating the court order.

“The city’s prisons remain in crisis. Thousands of people incarcerated in our prisons are suffering and even dying because the New York City Corrections Department never provides them with prompt access to medical care,” the Legal Aid Society, Brooklyn Defender Services and Milbank LLP said in a statement. joint statement.

“Every day we hear people say their cries for help go unanswered. The city has now admitted that the DOC is in flagrant violation of a court order requiring the agency to address this issue. This is outrageous and illegal.”

A spokesperson for the city’s legal department said they were reviewing the motion and a DOC representative said ensuring inmates have timely access to medical care “is and always has been a priority for the department.”

Last year, 16 people died in custody at the DOC, more than the previous two years combined and the most since 2016, which saw 15 deaths in custody, records show.