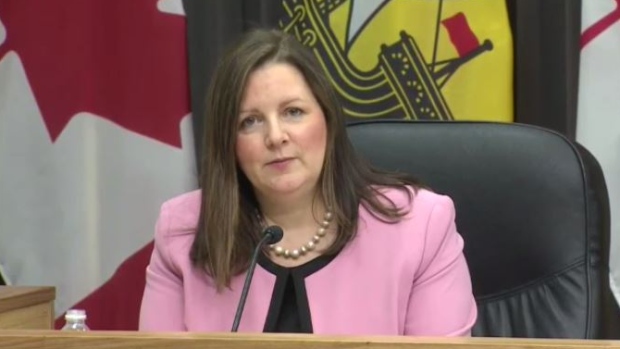 For New Brunswick’s chief medical officer of health, the removal of the mandatory prescription on Monday will not change much.

Dr. Jennifer Russell says she will continue to wear a mask indoors and that COVID-19 will remain a high priority in her day-to-day life, as it has been for two years.

Removing the mandatory order means the public will no longer have to follow public health measures, such as masking, gathering limits and isolation requirements.

These measures are now a personal choice. But with the promise of new variants and new cases in the future, Dr Russell cannot guarantee that the mandatory measures will not return.

“Never say never,” she said. “You know, at this point we’re in transition in terms of, you know, going over the peak of the Omicron wave. We’re expecting more variants, we’re expecting more surges…we’re going to be in a planning phase and a preparation phase for whatever comes next.

“We will always try to maintain that balance between what is needed and what we need to do to protect people from COVID, but also all other negative impacts on the social determinants of health.”

She said she felt ‘neutral’ about the day – it’s a second attempt for the province to lift all measures.

And in downtown Fredericton around noon, about half were still wearing masks. People interviewed by CTV Atlantic said they respect people’s personal choice.

“I think it should happen, the decision to lift the restrictions, even though I myself will always wear a mask,” said John McAloon.

Bruce Driscoll said it has been a difficult two years for everyone.

“I very much respect that people have serious decisions to make about whether to mask up or not… It’s not something we should be divided on, I know we are, but we shouldn’t to be,” he said.

Hillary Campbell, a salon owner, said she spoke to customers and her team – and decided that for now the masks would be kept inside their location.

She said the wearing of the mask will likely continue for at least a month and their customer base has been very supportive.

“Protecting ourselves, protecting our community, it’s just our small part that we can do,” she said.

Dr Russell is “somewhat surprised” she didn’t contract the virus herself. She says Canada’s chief public health officers will continue to meet twice a week and they have no idea when the pandemic might actually be declared over.

“Absolutely none. I think what we’re going to see is we’re probably going to see a resurgence of the flu that we haven’t seen in the last two years because of all the public health measures,” he said. she declared.

New Brunswick and Newfoundland and Labrador made the move on Monday, while Nova Scotia will follow in a week. Prince Edward Island plans to remove many public health measures on April 7.