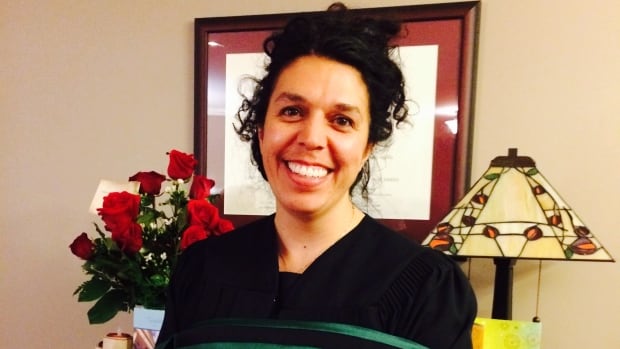 Labrador-Grenfell Health has a new Medical Officer of Health who says her Big Country roots have been a big part of her healthcare career, but she didn’t always want to be a doctor.

North West River-born Dr. Joanne McGee told CBC News she wanted to be a nurse for as long as she can remember.

“As a kid, it wasn’t my ambition to be a doctor. I think it came from the fact that the majority of our health care providers in our communities were nurses,” said McGee, who has accepted the position at the regional health authority office about a month ago.

“I think I grew up relating more to the nurses than the doctors. It was actually rare that we were evaluated by a doctor or received special care from a doctor.”

After high school, McGee earned a bachelor’s degree in nursing and returned to Labrador to work as a public health nurse.

“It was once I started my nursing career that I expanded my role from public health to what we would call regional nursing,” she said.

“It was once I started in this role that made me think maybe I could go on and do medicine. However, life things happened.”

McGee started a family, but she wasn’t done with the idea of ​​going into medicine. When her youngest child was five years old, she began to review her career plans.

“It kind of grew from there. At the same time, I was taking classes in graduate school, which kind of reinvigorated my passion for learning,” she said.

“So I asked for medicine and I came in and we left.”

Once she started becoming a doctor, she says, she started thinking about taking up a career in public health. She said she feels privileged to be in his place and wouldn’t want to do it anywhere but Labrador.

COVID-19 has taken up much of her time so far in her work, she said, and will likely continue to be the focus for some time, but she hopes to soon be able to focus on other public health priorities that have been on the back burner since the pandemic began.

“It’s no secret that for Indigenous communities in general, health outcomes are lower than for other communities across the country. I think it’s really important to recognize and work together to address the disparities that exist,” McGee said.

“I would definitely agree that systemic racism is something within the healthcare system, not just locally, provincially, but certainly nationally. Cultural safety is really important to me in any job that I do. “