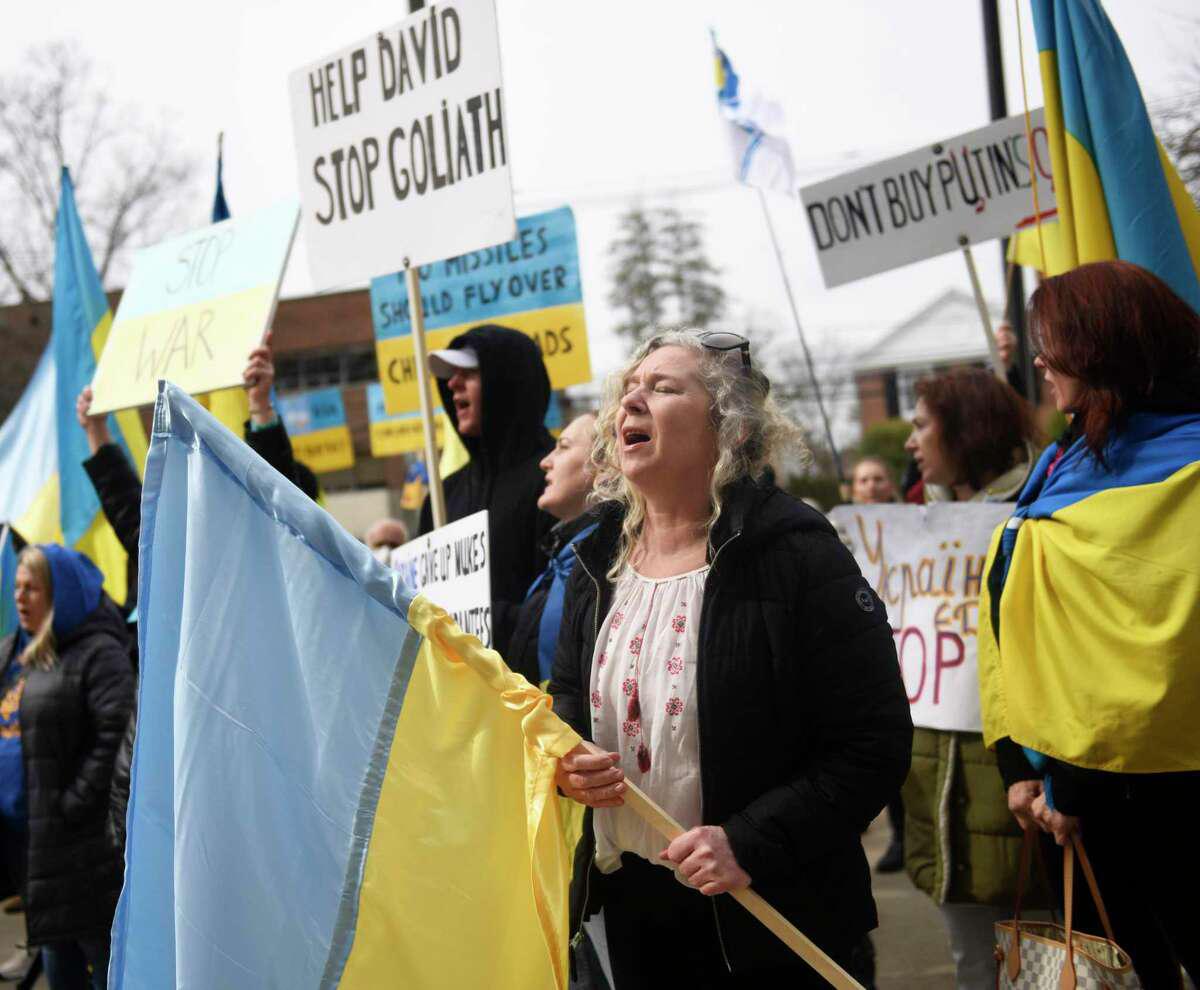 “It’s time to mobilize for others”

GREENWICH – Aid has flowed steadily to Ukraine and the millions of refugees who have fled the war-torn country, yielding a large amount of food, medical supplies and monetary contributions, with more than 1.5 million UJA-JCC Greenwich dollars committed to the humanitarian project.

Since Russia invaded Ukraine in February, local efforts have emerged to help, with a bake sale by a local teenager, a food parcel drive at Christ Church Greenwich, a goods drive by a local resident and many other collections, large and small.

UJA/JCC donor and organizer Christine Toback wrote on social media that she and others felt a sense of urgency. “There has not been a more devastating event in our history than the destruction of the Ukrainian people and Ukraine. Now is the time to step in for others,” she said.

A million dollar gift was donated by Jane and Stuart Weitzman, longtime residents of Greenwich, both famous for their work in the fashion industry. A Stuart Weitzman shoe store once operated on the corner of Lewis Street near Greenwich Avenue.

The Jewish aid and charity organization, which has an office on Holly Hill Lane, said the money would be quickly used to help the 5.8million Ukrainian refugees, mostly women and children, who fled attacking Russian forces. The organization has long been affiliated with groups in Eastern Europe.

“Because they were already there, our partners were able to intervene directly with relief and evacuation immediately after the invasion of Ukraine,” UJA/JCC said in a recent statement. “The funds we raise through this campaign to help Ukraine are used strategically to provide essential housing, clothing, medicine, cash assistance, mental health services, security and transportation to refugees fleeing the war and those seeking Aliyah (resettlement) in Israel.

The Jewish community in Ukraine was estimated at around 200,000 people. The UJA/JCC helps people of all faiths, the UJA/JCC said. The Greenwich organization helps support medical professionals on the ground in Poland and Moldova who treat large numbers of incoming refugees.

This spring, there have been numerous rallies in Greenwich by pro-Ukrainian activists, aimed at building public support for the Ukrainian people as well as raising funds for refugees and the beleaguered Eastern European nation.

“The outpouring of support has also been incredible from organizations and individuals,” said Jaroslaw Palylyk, a Ukrainian-American regional community leader. Images of the destruction across Ukraine and the cruelty of Russian troops have moved millions around the world to take action for Ukraine, he said.

“The sympathy expressed by these donations is provoked by the terrorist and genocidal activities of (Russian President Vladimir) Putin, his commanding generals and his army. Any normal human would feel sympathetic to these ungodly actions. We sincerely thank the incredible donations and work of volunteers here in the United States and around the world,” said Palylyk, Chairman of the Westchester Branch of the Ukrainian Congress of America Committee and a resident of Rye, NY.

As Greenwich first manager Fred Camillo told a gathering of local residents at a pro-Ukrainian rally at City Hall in March, “Anything you can do to help these people will be greatly appreciated”.

The UJA/JCC campaign is ongoing. To donate for its emergency support for Ukraine, visit https://www.ujajcc.org/index.php?src=forms&ref=Emergency_Ukraine.