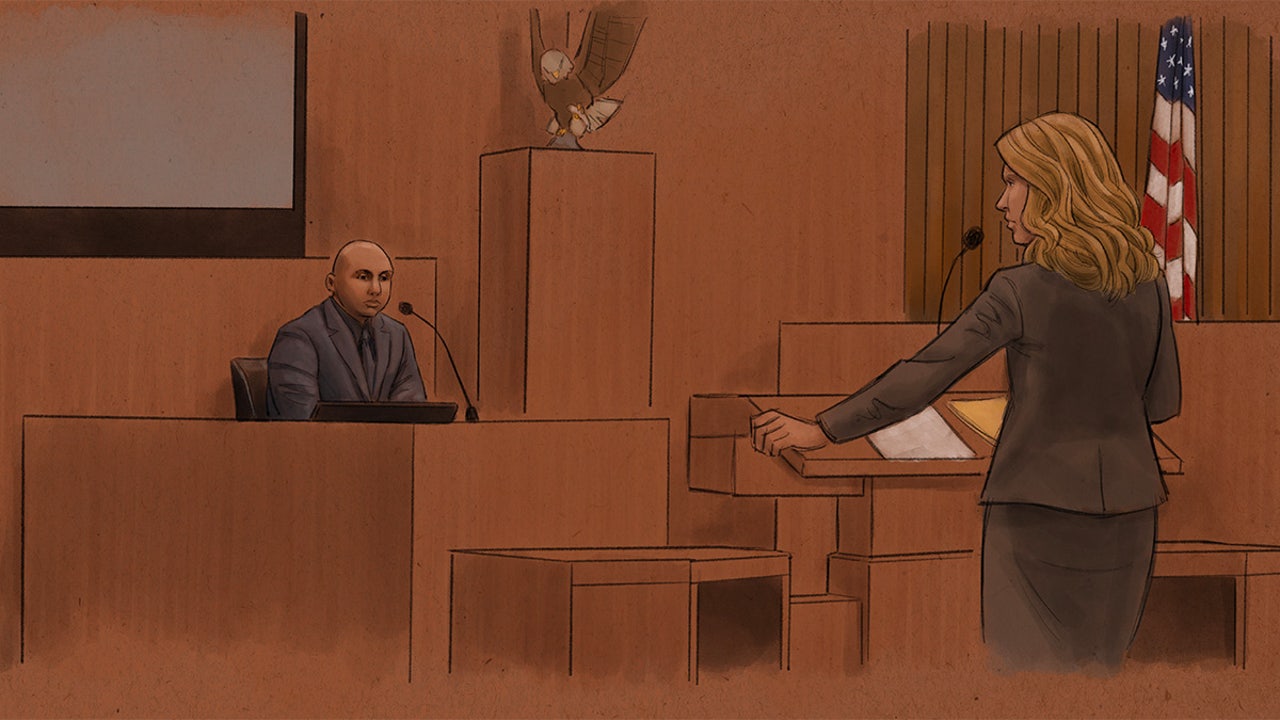 Former Minneapolis police officer J. Alexander Kueng was questioned Thursday about why he did not intervene with Derek Chauvin’s use of force that led to the death of George Floyd.

(FOX 9) – In cross-examination, former Minneapolis police officer J. Alexander Kueng was questioned Thursday about why he did not intervene in Derek Chauvin’s use of force and why he did not failed to provide medical aid to George Floyd when it appeared to bystanders that he was going unconscious and then stopped breathing.

Kueng, along with Thomas Lane and Tou Thao, are being tried jointly in St. Paul on federal charges of violating the constitutional rights of George Floyd.

Kueng was asked about his training to turn people on their side, to breathe easier, once they were restrained. He replied that he had been trained to do so, but “only when it is safe to do so”.

Asked about previous testimony that he didn’t see Derek Chauvin had his knee directly on George Floyd’s neck, how he couldn’t possibly not see that, he replied “I didn’t really focused on his position. I had tunnel vision.”

Kueng was urged by prosecutor Manda Sertich that officers be trained on the duty to intervene with unreasonable force. He replied “yes, madam, but only if they can understand that the force is unreasonable”.

Much of Kueng’s defense is that he did not perceive Chauvin’s use of force as inappropriate, not only because he did not see it clearly, but also because as a rookie on his third shift, he saw Chauvin as responsible, despite official policy. .

“There is an official role for seniority,” he testified. When Sertich insisted that Chauvin was no longer Kueng’s field training officer, so he couldn’t get him fired if he didn’t like something Kueng was doing, he wasn’t. OK. “I’m still on probation,” he said at the time.

Kueng testified that he never considered Floyd to be in serious medical need, which is why he did not do more to provide help. It was also because he admired Chauvin as a senior officer, and also as a teacher, and believed the veteran responded appropriately.

Sertich challenged him about it because he checked Floyd’s pulse, as passers-by clearly begged him to do. She said that must have been an indication that he thought Floyd was in distress. He said when he told Chauvin he couldn’t find a pulse, he trusted Chauvin would check Floyd’s neck. He also said he didn’t check his pulse, on Floyd’s handcuffed wrist, to be precise, and therefore didn’t automatically assume Floyd was in cardiac arrest.

Did he ever ask Chauvin to check Floyd’s carotid artery? “I didn’t,” he admitted.

Later that day, the defense brought in a use-of-force expert, who further raised doubts about the formation of the MPD and added testimony in support of the defense that Chauvin was in charge and that Keung would absolutely follow his example.

Steve Ijames, a former police chief, also testified for the defense at Kim Potter’s trial. Here, Ijames said he found the MPD’s Duty to Intervene to be highly inadequate, not once leading recruits through various scenarios in which the force goes too far. And as for Chauvin’s influence, “a senior officer, especially a teacher or others, has enormous respect.”

Following him, the defense brought in a retired MPD lieutenant who was working in the Third Precinct at the time of Floyd’s death. He also said that despite what the policy says, it is common practice that if no supervisor is present, whoever is the senior officer is absolutely responsible.