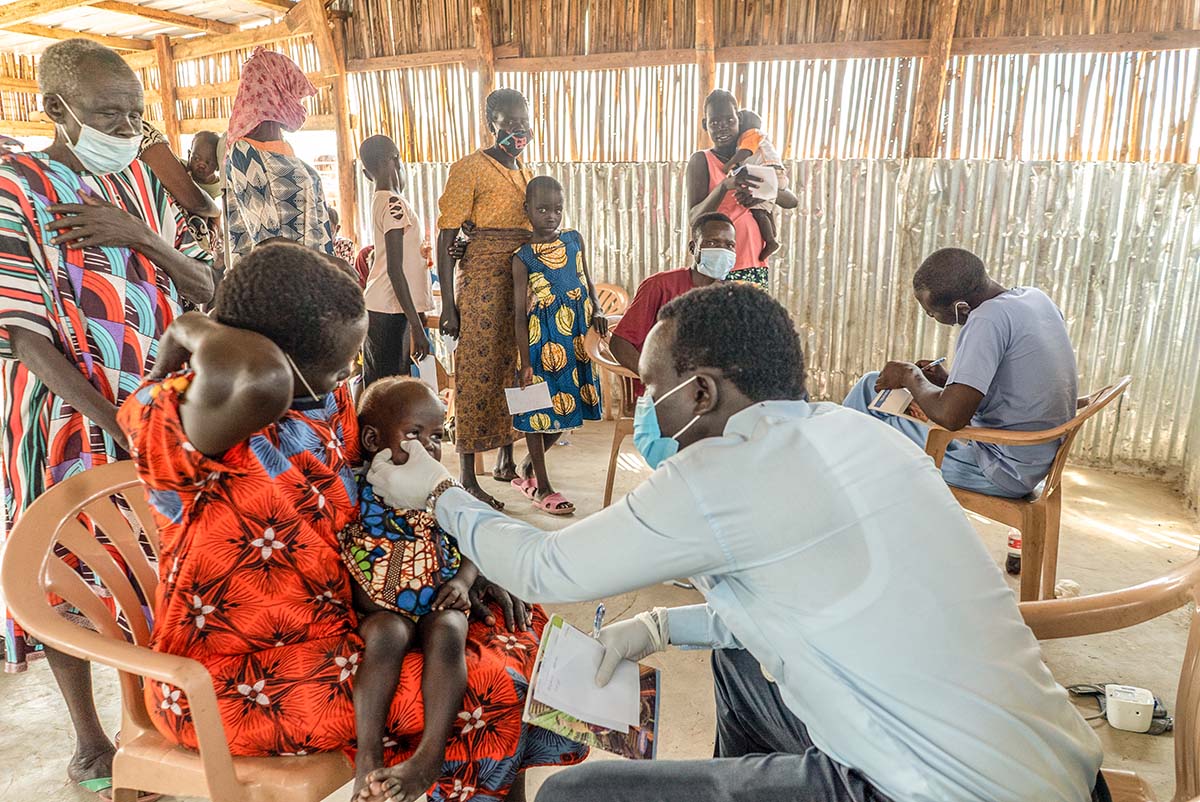 (MissionNewswire) The Salesian Missionaries of St. Vincent de Paul Parish run the Don Bosco Gumbo Camp for Internally Displaced Persons (IDPs) in Juba, South Sudan*. The camp, established in January 2014 after the outbreak of civil war in December 2013, currently hosts 10,000 people, most of whom are women, children and the elderly. The Salesians provide housing, food, education, medical care and other basic needs.

In addition to the camp, Don Bosco Gumbo provides education to over 4,000 older children and young people in his schools. There are two kindergartens, two primary schools-colleges, an accelerated primary school, a college and a vocational training center which offers courses in electricity, mechanics, masonry-stone, solar panel technician, welding and computing. Over 700 older youth are gaining skills for later employment through this training.

“Salesians are constantly looking for ways to expand their offering, ensuring that those who need it most are met,” said Fr Gus Baek, director of Salesian Missions, the American development arm of the Salesians in Don Bosco. “The camp now has a Salesian medical clinic, a women’s advancement center and sports camps to keep the children active and engaged. The clinic has been particularly important during the COVID-19 pandemic. »

Most people living in nearby villages have little or no access to face masks, hand sanitizers and vaccinations. They also had little information about the spread of COVID-19, leaving the population at risk. Salesians work to raise awareness and provide information to create healthy practices to fight disease.

The Salesians also provide face masks, soap and hand sanitizers. After the launch of this project, students, young adults and working people started to take the necessary precautions while the village women and the elderly concentrated on participating in awareness programs and spreading the word. message. Cooked meals were also provided to students and adults who needed better nutrition.

South Sudan gained independence from Sudan in 2011, but has faced an ongoing civil war that began in December 2013 and resulted in a severe humanitarian crisis even before the coronavirus pandemic. Responding to civil war is not new to Salesian missionaries in South Sudan, who are dedicated to the programs and services they provide across the country.

*All goods, services or funds provided by Salesian missions to programs located in this country have been administered in accordance with applicable laws and regulations, including sanctions administered by the Office of Foreign Assets Control of the United States Department of Treasury .