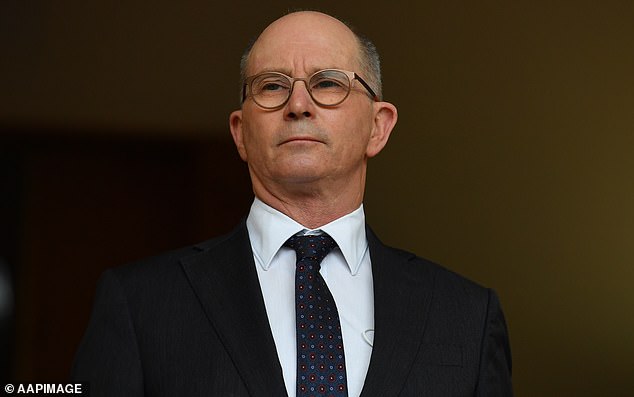 The country’s chief medical officer has predicted that Australia will be hit by another wave of Covid this winter.

Appearing before the Senate Covid Committee on Wednesday, Professor Paul Kelly also issued an ominous warning of the “end is not yet in sight’ in terms of the virus and that the nation’won’t leave this pandemic for a while.”

“In the future, we will have more waves. I think we will have another wave of Omicron in the winter,” Kelly said.

“But it will be very different due to the rollout of the recall, due to the availability of treatment and clinical care that we have.

“The way we live with Covid is changing, has already changed.”

Professor Paul Kelly, the country’s chief medical officer, has predicted Australia will be hit by another wave of Covid this winter 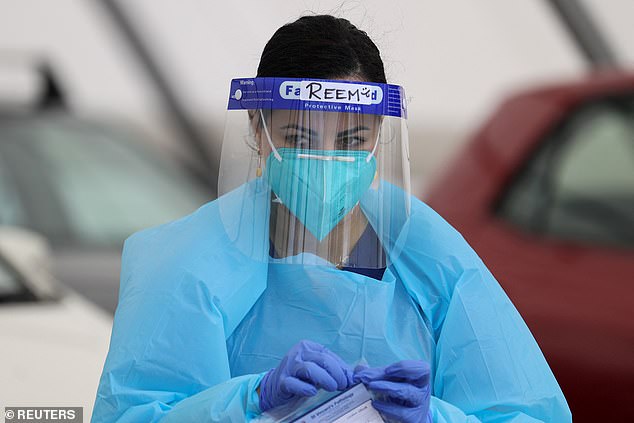 Prof Kelly also warned that ‘the end is not yet in sight’ and that we (Australia) ‘will not be leaving this pandemic for some time to come’ (pictured, a medical worker at Bondi Beach Testing Centre)

The Senate Covid Committee also heard that almost three-quarters of people who died of Covid-19 in Australia had a pre-existing health condition.

Professor Kelly told a parliamentary hearing that 71.2% of all Covid deaths up to October last year also had a pre-existing health condition, such as diabetes, lung disease or a disease cardiac.

Prof Kelly also said the most recent death figures only increased until the end of October 2021 and did not include deaths after the Omicron outbreak started at the end of the year last.

There have been more than 3,900 deaths from Covid-19 since the start of the pandemic, half of them in the past two months.

It comes as the audience was told the government did not anticipate such a large demand for PCR tests as Covid infections spiked when the country reopened late last year.

An assistant secretary in the Prime Minister and Cabinet Department said that although planning was undertaken for a rise in cases, states requiring PCR tests for travel purposes were not considered in the process.

“There were so many things happening at the time, we certainly didn’t anticipate that 20% more requests for this PCR system would be lined up to test travel specs,” Alison Frame told the committee on Wednesday. Covid.

“The PCR test system performed very well with massively increased capacity in the peaks and valleys.” 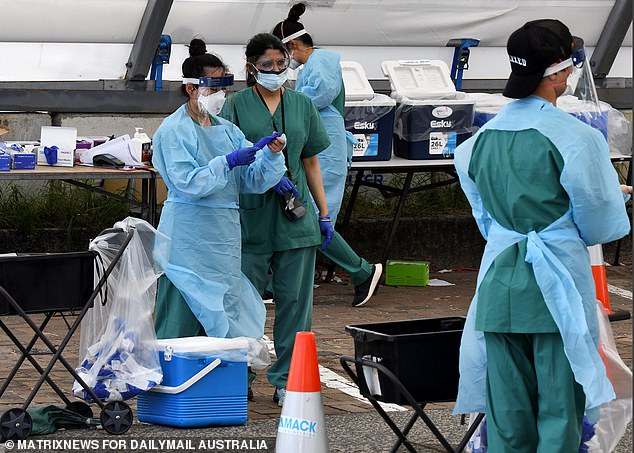 The Senate Covid Committee also heard that almost three-quarters of people who died of Covid-19 in Australia had a pre-existing health condition such as diabetes, lung disease or heart disease.

Deputy Secretary Ms Frame said no one in the world had modeled how transmissible the Omicron variant would be, with suspected cases increasing as restrictions eased, remaining manageable within the peak capacity of the PCR system.

“Health officials in every jurisdiction have said PCR testing is what they will continue to rely on because of the increased reliability of these tests,” she said.

Prime Minister Scott Morrison has defended his government’s delayed purchase of rapid antigen tests, saying no health advice foresees a variant for which vaccines will not work.

“Rapid antigen tests are not as good as PCR tests. In the Delta phase of the virus, PCR testing was the best thing to do,” he told Seven Network.

“Omicron changed all that and no country in the world could avoid Omicron.” 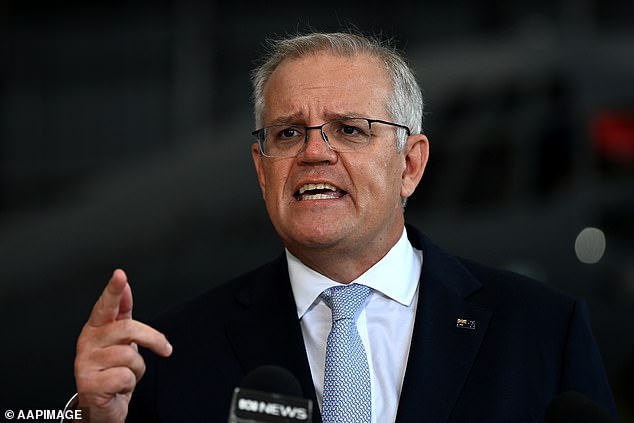 The Therapeutic Goods Administration said people should not eat, drink, smoke or chew gum for 10 to 30 minutes before collecting saliva for a rapid test due to the risk of an incorrect result.

Deaths continue to climb after what appears to have been the peak of the Omicron strain of the virus, with 27 recorded in New South Wales and 25 in Victoria on Wednesday.

There have also been 16 deaths in Queensland and one in South Australia.

The deaths occurred among more than 11,800 and 14,550 new cases in New South Wales and Victoria respectively.