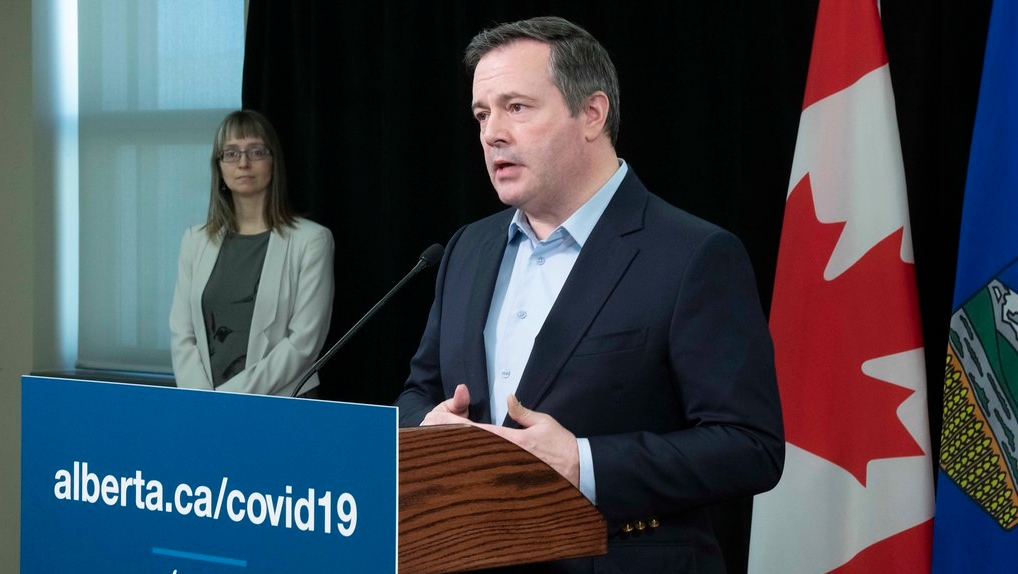 Premier Jason Kenney rejects accusations that he blames the province’s chief medical officer of health for Alberta’s failures in handling the fourth wave of COVID-19.

“The buck stops with me,” Kenney said at home in response to questions from the opposition NPD on Wednesday.

“I took my responsibilities. Of course, we take into account the expert advice of our health officials, in particular the Chief Medical Officer.

“The idea that I would assign blame is absurd.”

The NDP demanded details of why the government took no action in August as the number of COVID-19 cases and hospitalizations were on the verge of reaching dangerous levels and doctors urged that action be taken.

Earlier this week, during a House debate, Kenney said they would have called a cabinet meeting and acted on such recommendations in August from Chief Medical Officer Dr Deena Hinshaw if she had provided any. .

NDP leader Rachel Notley said she was skeptical Kenney would have called such a meeting, mocking the prime minister by calling him “Tom Brady of the passing buck”, a reference to the star quarterback of the NFL.

Kenney replied that the government acts when Hinshaw makes recommendations.

He noted in mid-August that his government had reversed a plan to scale back testing, tracing and isolation measures for COVID-19 under Hinshaw’s leadership.

Asked later by reporters why he was breaking cabinet confidentiality to report on Hinshaw’s actions, Kenney said: ‘It’s not about blame. I was just transparent about when we were getting information or advice.

Hinshaw, who was asked why she hadn’t made any recommendations on health restrictions in late August, said while they could see cases rising, intensive care cases were relatively low and stable.

She said they decided to come up with additional recommendations when that changed at the end of August and intensive care cases started to rise.

The Kenney government did not introduce new measures until early September. At that time, the crisis forced the government to scramble to double the number of intensive care beds, cancel thousands of surgeries and call in the armed forces to provide medical aid.

The rise in cases came after Kenney’s government lifted nearly all public health restrictions from July 1.

He and Hinshaw said it was a mistake as it was based on what turned out to be faulty projections from the UK which suggested any increase in COVID-19 cases could be managed within capacity. existing health system.

Notley said the results were tragic and predictable: “Alberta’s approach in the fourth wave caused five times as many deaths (per capita) as Ontario’s.

The number of vaccinations has increased significantly since Kenney announced a modified vaccine passport system in mid-September. Over 87% of eligible Albertans, ages 12 and older, have received at least one vaccine and over 80% are fully immunized.

There are fewer than 7,000 active cases and 697 people hospitalized with COVID-19 – both figures representing steep declines from the peak of the fourth wave.

Health Minister Jason Copping said the system was starting to work thanks to the backlog of surgeries and no further cancer operations were being delayed.

The NDP has called for a thorough analysis of what went wrong in August to prevent such a crisis from happening again. They have called for the creation of an all-party committee with subpoena powers and are asking the Auditor General to investigate.

Kenney said there will be a review, but now is not the time as Alberta is still battling the pandemic.

This report from The Canadian Press was first published on November 3, 2021.